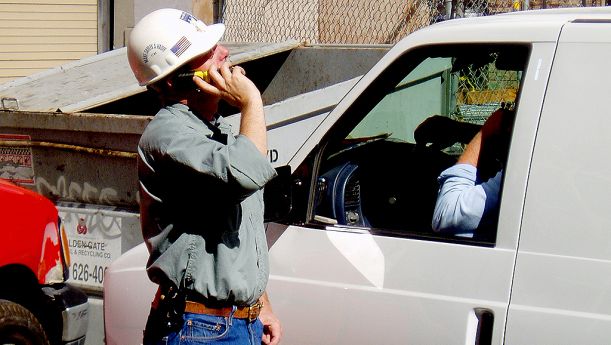 Step One: The first step is to determine whether the employer is a creating, exposing, correcting, or controlling employer. The definitions in paragraphs below explain and give examples of each. Remember that an employer may have multiple roles. Once you determine the role of the employer, go to Step Two to determine if a citation is appropriate. Only exposing employers can be cited for General Duty Clause violations.

Step Two: If the employer falls into one of these categories, it has obligations with respect to OSHA requirements. Step Two is to determine if the employer's actions were sufficient to meet those obligations. The extent of the actions required of employers varies based on which category applies. Note that the extent of the measures that a controlling employer must take to satisfy its duty to exercise reasonable care to prevent and detect violations is less than what is required of an employer with respect to protecting its own employees.

Definition: The employer that caused a hazardous condition that violates an OSHA standard. Employers must not create violative conditions. An employer that does so is citable even if the only employees exposed are those of other employers at the site.

Example: Employer Host operates a factory. It contracts with Company S to service machinery. Host fails to cover drums of a chemical despite S's repeated requests that it do so. This results in airborne levels of the chemical that exceed the Permissible Exposure Limit.

Analysis: Step 1: Host is a creating employer because it caused employees of S to be exposed to the air contaminant above the PEL. Step 2: Host failed to implement measures to prevent the accumulation of the air contaminant. It could have met its OSHA obligation by implementing the simple engineering control of covering the drums. Having failed to implement a feasible engineering control to meet the PEL, Host is citable for the hazard. Example: Employer M hoists materials onto Floor 8, damaging perimeter guardrails. Neither its own employees nor employees of other employers are exposed to the hazard. It takes effective steps to keep all employees, including those of other employers, away from the unprotected edge and informs the controlling employer of the problem. Employer M lacks authority to fix the guardrails itself.

Analysis: Step 1: Employer M is a creating employer because it caused a hazardous condition by damaging the guardrails. Step 2: While it lacked the authority to fix the guardrails, it took immediate and effective steps to keep all employees away from the hazard and notified the controlling employer of thehazard. Employer M is not citable since it took effective measures to prevent employee exposure to the fall hazard.

Example: Employer Sub S is responsible for inspecting and cleaning a work area in Plant P around a large, permanent hole at the end of each day. An OSHA standard requires guardrails. There are no guardrails around the hole and Sub S employees do not use personal fall protection, although it would be feasible to do so. Sub S has no authority to install guardrails. However, it did ask Employer P, which operates the plant, to install them. P refused to install guardrails.

Analysis: Step 1: Sub S is an exposing employer because its employees are exposed to the fall hazard. Step 2: While Sub S has no authority to install guardrails, it is required to comply with OSHA requirements to the extent feasible. It must take steps to protect its employees and ask the employer that controls the hazard - Employer P - to correct it. Although Sub S asked for guardrails, since the hazard was not corrected, Sub S was responsible for taking reasonable alternative protective steps, such as providing personal fall protection. Because that was not done, Sub S is citable for the violation. E xample: Unprotected rebar on either side of an access ramp presents an impalement hazard. Sub E, an electrical subcontractor, does not have the authority to cover the rebar. However, several times Sub E asked the general contractor,Employer GC, to cover the rebar. In the meantime, Sub E instructed its employees to use a different access route that avoided cost of the uncovered rebar and required them to keep as far from the rebar as possible. Sub E is an exposing employer. Step 2: Sub E made a good faith effort to get the general contractor to correct the hazard and took feasible measures within its control to protect its employees. Sub E is not citable for the rebar hazard. The

Definition: An employer who is engaged in a common undertaking, on the same worksite, as the exposing employer and is responsible for correcting a hazard. This usually occurs where an employer is given the responsibility of installing and/or maintaining particular safety/health equipment or devices. The correcting employer must exercise reasonable care in preventing and discovering violations and meet its obligations of correcting the hazard.

Example: Employer C, a carpentry contractor, is hired to erect and maintain guardrails throughout a large, 15-story project. Work is proceeding on all floors. C inspects all floors in the morning and again in the afternoon each day. It also inspects areas where material is delivered to the perimeter once the material vendor is finished delivering material to that area. Other subcontractors are required to report damaged/missing guardrails to the general contractor, who forwards those reports to C. C repairs damaged guardrails immediately after finding them and immediately after they are reported. On this project few instances of damaged guardrails have occurred other than where material has been delivered. Shortly after the afternoon inspection of Floor 6, workers moving equipment accidentally damage a guardrail in one area. No one tells C of the damage and C has not seen it. An OSHA inspection occurs at the beginning of the next day, prior to the morning inspection of Floor 6. None of C's own employees are exposed to the hazard, but other employees are exposed.

Analysis: Step 1: C is a correcting employer since it is responsible for erecting and maintaining fall protection equipment. Step 2: The steps C implemented to discover and correct damaged guardrails were reasonable in light of the amount of activity and size of the project. It exercised reasonable care in preventing and discovering violations; it is not citable for the damaged guardrail since it could not reasonably have known of the violation.