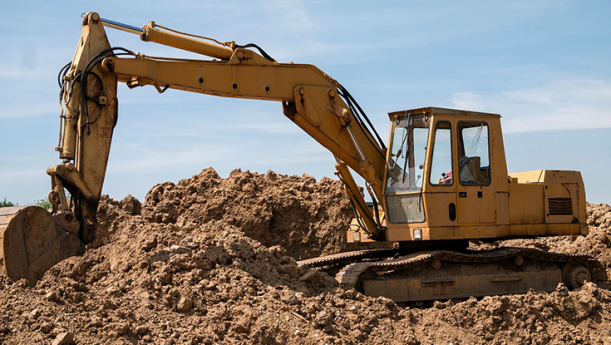 On December 10, 2015, an OSHA inspector “just happened to be driving by” a crew engaged in road construction in LaPorte, Texas, when he noticed a ladder sticking out of an unprotected trench. The inspector parked his vehicle and immediately conducted an inspection of the worksite. He found that an employee had been working in the unprotected trench for approximately 15 minutes. The inspector conducted an opening conference with the site supervisor, took measurements and photographs, and interviewed employees. As a result of the inspection, the company was issued a willful citation for failing to provide an adequate system to protect against cave-ins for an employee working in an excavation. The proposed penalty was $70,000.

Section 1926.652(a) requires protecting employees from cave-ins by an adequate protective system in excavations of 5 feet or more. The excavation in this case was 8.5 feet deep and 13 feet wide, with near vertical walls and no sloping. The type of soil at the worksite was sandy clay, cohesive type B soil.

The company doesn’t contest the facts, but says OSHA mischaracterized the violation as willful. The company contested the willful citation to the Occupational Safety and Health Review Commission’s (OSHRC). While the company does not dispute the violation, it argued that it was not “willful,” because the company had no way to prevent the supervisor’s misconduct.

However, court testimony show that the company’s own safety manager told the supervisor to use a trench box when he visited the site and the supervisor agreed to do so. Although there was a trench box available for use and the necessary equipment to install it, the supervisor decided not to use it. He said he was worried about blocking the road and that he was “catching a lot of grief from residents and the public, so he was trying to hurry….” The supervisor designated a crew member as a lookout in the event of a cave-in while he sent another employee into the trench to level the ground in preparation for laying the pipe.

On October 13, 2017, the ALJ affirmed a willful violation against a road construction company and assessed a penalty of $35,000. In her decision, the judge said, “The gravity of the violation is high. [The supervisor] sent one employee into the excavation for 10 to 15 minutes. The walls of the excavation were almost vertical and were over the employee’s head. No precautions were taken against injury to the employee (posting a lookout does not provide meaningful protection against collapse). The likelihood of death or serious physical injury was high.” The judge referred to the company’s own safety manual, which states, “In the United States there are between 75 and 100 fatalities annually due to trench cave-ins. The majority of fatalities occur when workers are crushed or suffocated in trenches from 7 to 12 feet deep, by soil weighing 100 lb. per cubic foot.” Therefore, the judge would not credit the company for good faith based on the supervisor’s awareness that the excavation was unsafe. In the end, the judge said that under OSHRC precedent, when a supervisor knows about an unsafe condition, that knowledge is also credited to the employer without OSHA having to demonstrate any inadequacy or defect in the employer’s safety program. The supervisor knew he should have used the trench box and chose not to, putting the employee at risk, and setting his employer up for the willful citation. Because the case has been directed for judicial review, the ALJ’s decision is not the OSHRC’s final order.