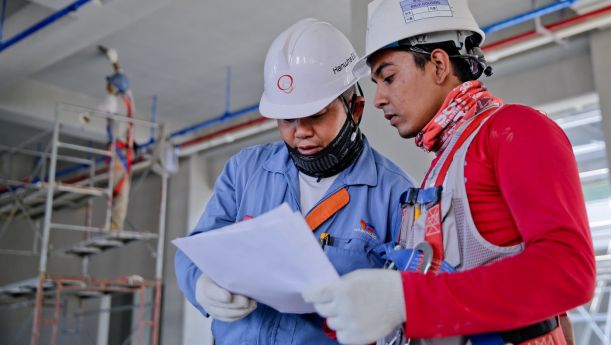 OSHA’s General Duty Clause: The What? and The How?

What is OSHA’s General Duty Clause?

The General Duty Clause, found in the Occupational Safety and Health Act of 1970, has become increasingly important to employers.  OSHA can and will utilize the clause for penalty and enforcement actions. The discussion below describes the General Duty Clause and how it is being used by OSHA to ensure a safe work environment.

Section 5(a)(1) of the Occupational Safety and Health Act of 1970 requires that all workers must be provided with a safe and healthful workplace. The section, more commonly known as the General Duty Clause, specifically states:

"Each employer shall furnish to each of his employees employment and a place of employment which is free from recognized hazards that are causing or are likely to cause death or serious physical harm to his employees."

In simple terms, this statement means that you, as an employer, are obligated to protect your employees from recognized hazards in the workplace even if there is not an OSHA standard which applies to the situation or if hazards still exist after compliance with a standard. In effect, the General Duty Clause obligates employers to take additional steps toward safety if the well-being of employees is in jeopardy.

How Does OSHA Use the General Duty Clause?

The General Duty Clause extends OSHA's authority beyond the specific requirements of the OSHA standards when a recognized workplace hazard exists or potentially exists. It is often used by OSHA when there is no specific standard which applies to a recognized hazard in the workplace. OSHA can and may also use the General Duty Clause when a standard exists, but it is clear that the hazards involved warrant additional precautions beyond what the current safety standards require.

OSHA has issued General Duty Clause citations on other issues where no apparent safety standard exists. Citations have been issued for lack of training, failure to have additional safety or alarm equipment to detect or warn of chemical leaks, and failure to provide safe locations or safe access to valves or other instruments necessary to an employee's job.

What about situations where a safety standard currently exists on a particular subject? Are you doing enough if you are in compliance with OSHA's safety standard? The answer, unfortunately, is maybe not. OSHA has also used the General Duty Clause to cite employers who knew that an OSHA standard was inadequate to protect their employees from harm.

If an employer knows a particular safety standard is inadequate to protect his workers against a specific hazard(s) it is intended to address, or that the conditions in their place of employment are such that the safety standards will not adequately deal with the hazards to which their employees are exposed, the employer has a duty under Section 5(a)(1) to take whatever measures may be required by the Act, over and above those mandated by the safety standard, to safeguard his workers.

Section 5(a)(1) of the Occupational Safety and Health Act of 1970 places additional responsibilities on the employer and the safety manager to ensure that a safe work environment is provided to all employees. The General Duty Clause is being increasingly applied to a wide variety of situations, many of which have not been addressed by a specific OSHA standard. What may be even more disconcerting, however, is that general duty citations can also be issued if OSHA feels that additional safety equipment or procedures are necessary beyond what is required in an OSHA standard. Thus, the General Duty Clause is making it increasingly difficult for companies to fully comply with OSHA's requirements.

One way to deal with the threat of general duty violations is to make good faith efforts to correct existing workplace hazards and to identify and address new hazards as they appear. Some steps you can take to accomplish this goal include: