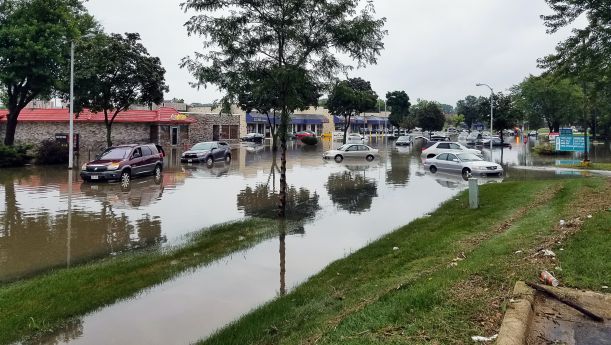 The Texas Department of Insurance has warned flood-damage vehicles may be hitting the state’s resale market following the heavy rains and flooding that swamped Louisiana and Southeast Texas in May.

TDI noted that scam artists will buy salvage cars at auction and resell them to unsuspecting buyers. Once an engine gets waterlogged, it’s almost impossible to ever make it right. “A used car shortage is driving prices up, so it’s more important than ever to be informed and know the signs of water damage,” Doug Slape, TDI’s chief deputy commissioner, said in a media release. Stains, mildew, rust, and discoloration are signs of water damage. Consumers are advised to look for dirt or debris under floor mats, carpet, and around the spare tire. Mold and mildew give off a musty odor; a strong smell of cleaner or disinfectant could signal an attempt to cover up those odors. When a vehicle is declared a total loss, the title must be changed to a salvage or non-repairable title. TDI said. Buyers should ask to see the title; a vehicle history report will list the status of the title.

The National Insurance Crime Bureau offers a free service called VINCheck. Enter the vehicle identification number, and NICB will show if that vehicle has been stolen or listed as a total loss.

Photo by jim gade on Unsplash