The Most Difficult Crime Is the Easiest To Prevent

There has long been debate over the connection between crime and the economy, but criminologists, sociologists, and police chiefs agree – economic pressures lead to a rise in crime as individuals struggle to make ends meet.

In particular, theft of tools and equipment, goods and building supplies, and catalytic converters has seen a significant increase. There has also been an alarming shift in who is committing theft. Business Insurance noted, “when times get tough, employees may be tempted to steal from their employers.”

Precautions to Safeguard Your Property

First, determine your susceptibility to theft by taking an honest look at what might appeal to a thief. Whether the thief is a burglar or an employee, the items most likely to be stolen are of higher value and relatively easy to move.

Next, take corresponding steps to protect items, especially those most susceptible.

Third, be alert to employee conduct that might indicate a potential for theft:

Catalytic converter theft has increase by 800% in the last two years. This part of a vehicle’s exhaust system was mandated for all U.S. cars and trucks in 1975 to convert harmful pollutants into less harmful emissions before they left the exhaust system. 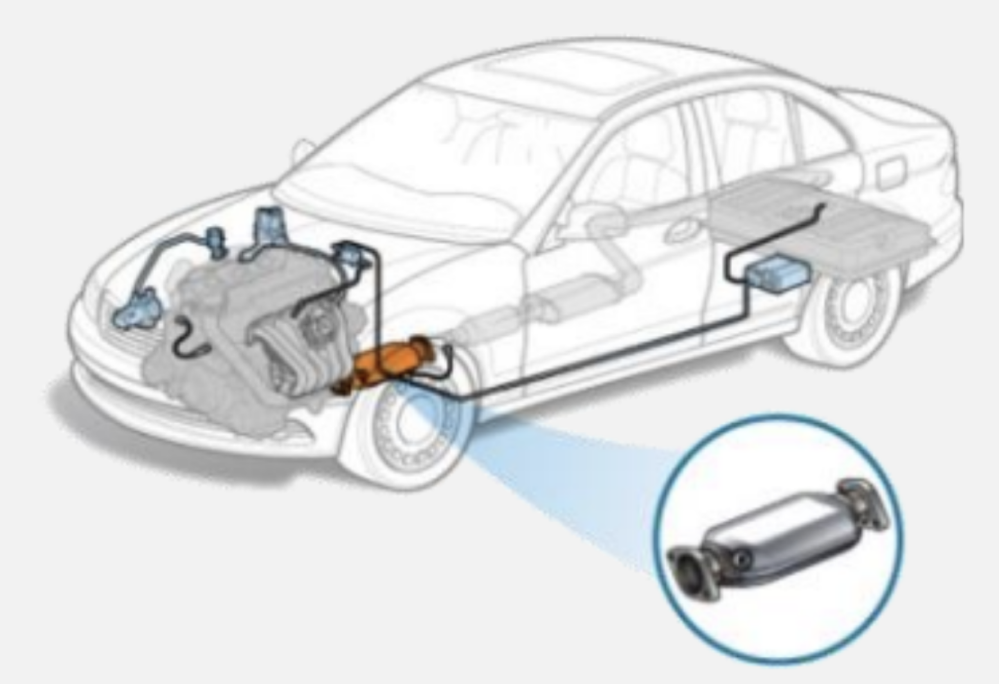 Precious metals such as platinum, palladium, rhodium, or gold are used as the catalyst. Recyclers extract the metal and can resell it for as much as $6,000 an ounce. As metal prices increase, theft increases.

Notice a loud rumbling or roaring sound when you turn on the engine that only gets louder as you hit the gas? You might be a victim of catalytic converter theft. The catalytic converter is a round canister that connects two pieces of piping in the exhaust. You will see a gaping space in the middle of your exhaust if the converter is missing, and you will likely see signs of the piping being cut away.

Thieves can remove a catalytic converter quickly, often in less than two minutes, so theft can even occur in broad daylight. The only tools a thief needs are a wrench (for converters that are bolted on) or a reciprocating saw (for converters that are welded in). Some thieves bring a mechanic's creeper. Then all they do is slide under the vehicle, remove the bolts holding the converter, and take it.

The highest hit vehicles are SUVs and trucks because they sit higher off the ground (making for easier access) and the bolts that connect the converter are easily removed.