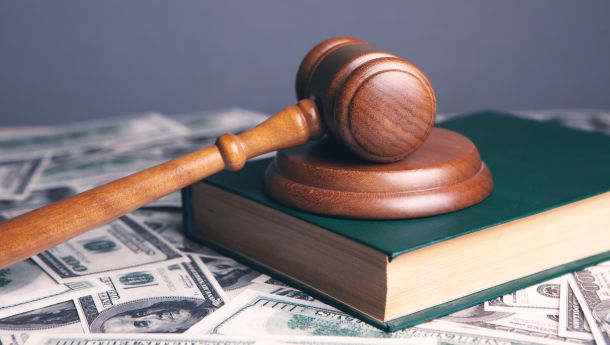 A Texas jury awarded the Baylor College of Medicine in Houston $48,529,961 for damages caused by COVID-19 in what appears to be the first jury verdict in a lawsuit that sought insurance coverage for lost business income and other damages caused by the virus.

A verdict form posted online by the 295th Judicial District in Harris County on Tuesday shows that 10 members of the 12-member jury ruled against the Lloyd’s of London syndicate that sold Baylor an all-risk commercial property policy. The jury awarded $42,855,000 for lost net profits, $3,365,661 for extra expenses and $2,309,300 in research project expenses.

Plaintiff’s attorney Robin O’Neil, a partner with the Fogler, Brar, O’Neil Gray law firm, said Baylor’s lawsuit is unlike many of the hundred of other cases that have been decided against policyholders so far. Baylor operates a hospital that remained open throughout the pandemic and purchased a policy without the usual virus exclusion.

“I do think that Baylor was somewhat uniquely situated because we could establish the presence of the virus on the property throughout the period of coverage,” she said.

While Baylor did not completely shut down because of the pandemic, it was required to restrict operations and incurred extra expenses, O’Neil said. For example, the hospital had to invest in video equipment to implement a “telehealth program.” The college also had to restrict research services because human subjects were no longer able to participate. Clinics, classrooms and laboratories were forced to operate at reduced capacity.

Baylor named four insurers in its original complaint filed in September 2020, but Judge Donna Roth dismissed Ace American Insurance Co. and XL Insurance America as defendants because the policies they issued had pollution exclusions that disallowed coverage for damage caused by viruses.

“She was very discerning in her rulings,” O’Neil said.

She said Baylor asked for $59 million in business-interruption costs, $7.1 million in extra expenses and $2.3 million in damages to its research functions.

Very few, if any, COVID-related business-interruption claims have reached a jury. Hundreds of lawsuits against insurers were dismissed by trial courts that found the virus cannot cause physical loss or damage that is covered by insurance policies, according to a litigation tracker maintained by the University of Pennsylvania. The tracker lists no trial court decisions in favor of policyholders and only two trial court decisions in favor of the insurer.

Most appellate courts that have heard COVID business-interruption cases have also ruled against coverage. State supreme courts in Massachusetts, Iowa, South Carolina and Wisconsin have ruled that SARS-CoV-2 cannot cause a direct physical loss or damage.

There were notable exceptions:

O’Neil said she is confident her client will also prevail if Lloyd’s appeals the Harris County ruling. Texas appellate courts have not yet ruled on whether the virus can cause direct physical loss or damage, according to the UPenn litigation tracker.

“We feel good about our chances,” O’Neil said.